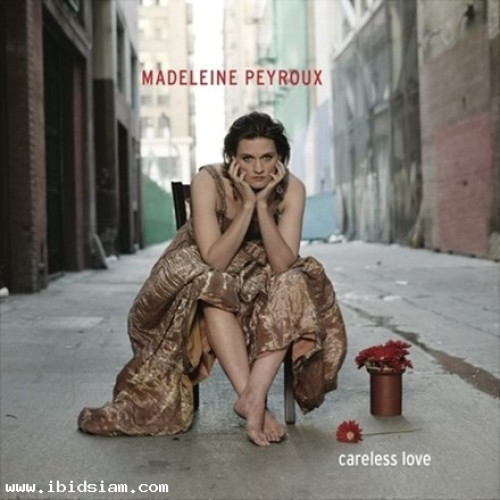 Careless Love, first released in 2004, is a rich collection of cover versions with tunes from Bob Dylan to James P Johnson, and included jazz singer Madeleine Peyroux's milestone rendition of Leonard Cohen's "Dance Me to the End of Love." For the sole original on the album, producer Larry Klein and Jesse Harris co-wrote Madeleine's signature tune and many fans' favorite, "Don't Wait Too Long." With sales of half a million copies the gold-certified affair shifted Peyroux from the exclusive jazz realm into the mainstream arena, and it remains her most popular release.

"When I came back to New York to make that first album I was like a deer in the headlights," Peyroux tells Kahn. "It was my first time in a studio, my first time back in America. Then 9/11 happened. Then George W. got re-elected. It was like the world was going crazy. After Dreamland I had signed with Sony and I was trying to make my second record. I was broke and I didn't know what I was going to do next. I put a lot of thought into what my career means, what making a record and the follow-up tour represents – the kind of music I wanted to do and the amount of work that is involved."

By 2004, she was ready to return to the studio, signing with Rounder Records and teaming with Klein, the storied producer who became her longtime creative partner. The album featured inspired interpretations of songs by Elliot Smith ("Between the Bars"), Leonard Cohen ("Dance Me to the End of Love"), and Hank Williams ("Weary Blues"). But her expressive reach also embraced songs made famous by Bessie Smith ("Don't Cry Baby"), Billie Holiday ("No More," "I'll Look Around"), and Josephine Baker ("J'ai Deux Amours"). The record also showcased the original song "Don't Wait Too Long," co-written by Jesse Harris, known for his work with Norah Jones and Melody Gardot, which became her signature hit.

"Peyroux herself is in top, mature form on Careless Love," writes Kahn, "an apotheosis of that hushed, one-to-one affect she inherited from the likes of Billie Holiday, a stylistic bequest. By 2004, her way of conveying confessional expression was truly her own. She had developed an updated rhythmic pliability and an emotional depth that could explore the complexities lying beneath the surface of the songs."

Of the newly-available live recording in Spain, Peyroux adds: "You can hear how much fun we're having, and the people sound really happy. I think I was pretty nervous, playing in such a prestigious festival in one of these daunting, historic-looking places that was so large. At the time, a venue holding 2000 was a lot for me. I can't tell you how grateful I am that we found this recording. For me, it represents the way I understood these songs at that time, how I was making music when I made Careless Love. It's been more than fifteen years since that record came out, and I don't think I've done a single concert that didn't include at least two or three songs from it, and sometimes more. I think I've sung ‘Dance Me to the End of Love' at every show. It's part of me now."