Mastered from the Original Analog Master Tapes for Superior Sound: Experience the Transformative Songs, Soulful Vocals, Sleek Rhythms, and Vibrant Production as If Hearing It All for the First Time

Mastered from the original analog master tapes, Mobile Fidelity's hybrid SACD does for Thriller what Jackson's unforgettable appearance on the "Motown 25" TV special in 1983 did for his career: It makes the music personal, human, desirable, relatable, imaginative – the definition of cool. This extraordinary reissue does so by presenting the songs in lifelike fashion, zeroing in on the fundamentals with laser focus, and magnifying the brilliance of the production, arrangements, and vocals in ways that let everyone experience Thriller as if hearing the album for the first time.

Surpassing the sonics of earlier reissues and pressings, this hybrid SACD strips away prior limitations and provides a clear, dynamic view of a landmark that crashed through every conceivable barrier and permanently transformed music, culture, and society. The expanse and depth of the soundstage, range of detail, percussive textures, air around the vocals, and natural decay of notes come through with demonstration-grade realism. Put simply, this reissue makes the phenomenon that is Thriller eternal.

Jackson, Quincy Jones, and company do the rest. Cue up any track on Thriller and the insatiable desire to move takes hold. So do sensations of familiarity, pleasure, fun, and soulfulness. Be it the breathless, bass-laden swagger of the Moonwalking "Billie Jean"; horn-accented, post-disco slide of the gossip critique "Wanna Be Startin' Somethin'"; rousing tempo of the lush, sequin-adorned "P. Y. T. (Pretty Young Thing)"; gentle balladry and liquid vocal phrasing of "Human Nature"; vivid hybrid of funk-disco and horror-film drama of the title track; or streetwise strut and rhythmic fantasia of "Beat It," Thriller never lets up. 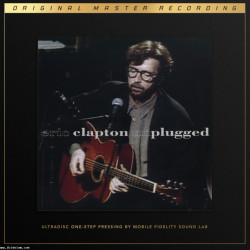