1. Ain't Nothing Like The Real Thing - Gladys Knight & Vince Gill

4. When Something Is Wrong With My Baby - Patti LaBelle & Travis Tritt

2. Since I Fell For You - Natalie Cole & Reba McEntire

Originally released in 1994, the Platinum-certified compilation Rhythm, Country and Blues. Produced by Don Was and Tony Brown, the beloved collection contains duets by the stars of R&B and country, including Vince Gill and Gladys Knight, Al Green and Lyle Lovett, Aaron Neville and Trisha Yearwood, Little Richard and Tanya Tucker, Clint Black and the Pointer Sisters, and Natalie Cole and Reba McEntire. Peak chart positions: No.1 Billboard Country Albums, No.18 Billboard Top 200 and No.15 Billboard R&B/Hip-Hop Albums.

Was had long dreamed of a project something like Rhythm, Country and Blues. "Country and R&B are simple forms that are highly emotional," Was said. "And structurally, when you started breaking down the classic songs, there wasn't that much difference. The material easily crossed lines. Therefore, the music could probably cross them as well. Once we were past the novelty of the pairings, I wanted the project to bloom into less of a museum event than just good music. So at some point I think we crossed that line: OK, it's a great, even radical idea. Now, let's forget all that and try to make some really cool records." 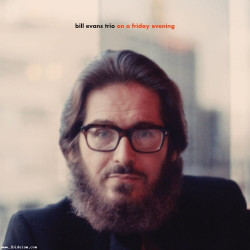