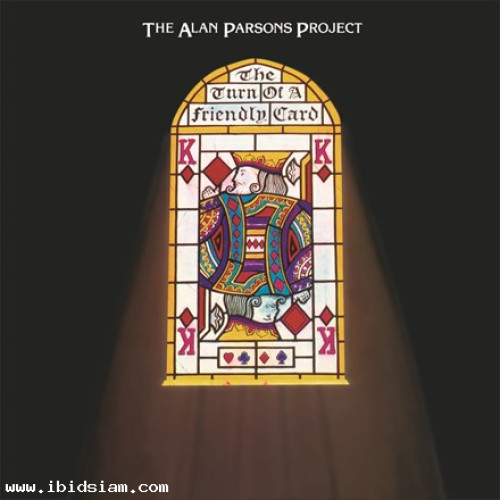 The Alan Parsons Project - The Turn Of A Friendly Card

Engineer, producer and songwriter Alan Parsons and his partner Eric Woolfson created a very loose concept of songs based on gambling and temptation for their 1980 release The Turn Of A Friendly Card. The standout songs, "Time," and "Games People Play" work entirely on their own but the overall ebb and flow of the album makes for an effortless and wonderful journey. Chris Rainbow supplants mainstay vocalist Lenny Zakatek on the title track while the ace musicians, including Parsons and Woolfson on various keyboards, are backed by a full orchestra.

"This is my next favorite album after Tales Of Mystery. We recorded it in very pleasant conditions at a studio in Paris and all told it only took about 8 or 9 weeks to record. The restaurants in the Parisian district of Saint Germain did tend to be a distraction and would often be the final destination after a hard day in the studio. When we tried to go back to work after a hearty meal and a couple of bottles of good Bordeaux wine, everything sounded much too good!

"The assistant engineers spoke little English so I remember the sessions being conducted predominately in French. This was made easier by the fact that my French had improved dramatically by moving to Monaco which was home to both Eric's and my own families at the time. Of course, it was no coincidence that the gambling theme resulted from the Monte Carlo Casinos being on our doorstep. We were very fortunate to have two hits on this album, Time and Games People Play.

"Time marked Eric Woolfson's debut as a Project lead vocalist and although I initially had doubts about his being suited to the song, he did a really good job on it. It is a very difficult song to sing. Nothing Left To Lose which he also sang was in a perfect range for him. I think The Turn Of A Friendly Card five-part epic really worked well as a thematic piece." - Alan Parsons

This Speakers Corner 180g vinyl reissue was remastered using pure analogue components only, from the master tapes through to the cutting head.