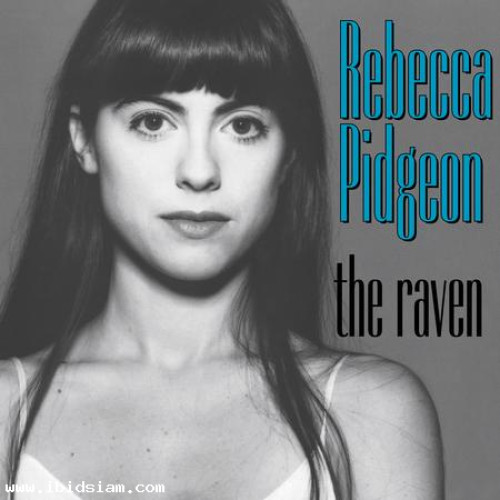 4. You Need Me There

Mastered by Ryan K. Smith at Sterling Sound from the analog master tape

"Originally released in 1994, The Raven was the solo recording debut of actress and singer-songwriter Rebecca Pidgeon. ... With a pure, breathy soprano, Pidgeon is reminiscent of both early Joni Mitchell as well as Sandy Denny, and the mostly self-penned tunes on The Raven — some were co-writtten by her husband, David Mamet — encompass a range of pop, folk, and jazz-inflected styles. Yet for many listeners, the standout tune here is Pidgeon's excellent cover of Phil Spector's "Spanish Harlem." Newly mastered by Ryan Smith at Sterling Sound and plated and pressed at QRP, The Raven holds up very well musically, and the minimally-miked recording, using a custom 128x oversampling DAC and tube gear designed by George Kaye, is outstanding in a natural as opposed to a spectacular way. Pidgeon's lovely, somewhat delicate voice is very nicely captured and surrounded by cushions of studio air." — Music = 4/5; Sonics = 4.5/5 — Wayne Garcia, The Absolute Sound, April 2017.

Rebecca Pidgeon, the acclaimed Scottish actress, has also displayed her gift as a singer/songwriter on her several well-received albums. Taking elements from folk, pop, jazz, and Celtic traditions, Pidgeon crafts lilting, intimate poetry. Born in Cambridge, Massachusetts, she later moved to Edinburgh, Scotland with her family at the age of 5.

As a teenager in Scotland, she sang along with the radio and her parents' Beatles and Joni Mitchell records as a light escape from her demanding acting studies. Eventually, she enrolled in London's Royal Academy of Dramatic Art at 18 where she studied drama, music, and voice.

Intimately performed and recorded, Four Marys, released in 1998 showcases Rebecca's unique interpretations of timeless Celtic folk songs. As much a testament to her musical roots as it is to her tremendous vocal presence, this recording leads both music lovers and audiophiles down an engaging new path.

She now resides in Boston and Vermont with her husband and their daughter. Between album projects, Pidgeon has starred in the Mamet plays "Oleanna," "Speed the Plow," "The Old Neighborhood," and the motion pictures "The Spanish Prisoner" and "The Winslow Boy."